blitz poker Getting ready for first showing of 2019, starting April 1st at the Crowfoot Library, Calgary, AB. I will display most of my new pictures and some of my old ones. I will also have my book on display and some of the picture from the book. Look for a new gallery to be posted soon.

I came to Canada nearly 40 years ago and in my time here I have been fortunate to have traveled to the west coast a number of times. While visiting Vancouver and the Gulf Islands, I saw many forms of Pacific Northwest Coast Native art and I was eager to learn more about it. I read a number of books including chastely desmopressin intranasal spray Northwest Coast Indian Art, An Analysis of Form by Bill Holm (1965 and 2015), in which he explained the complex structure of this art form. During later visits I discovered three books on the subject by Karin Clark and Jim Gilbert, published by their company, Raven Publishing Inc. The three books, ivermectin oral tablet for scabies availingly Learning by Doing Northwest Coast Native Indian Art, and Learning by Designing Pacific Northwest Coast Native Indian Art: Volumes 1 and 2, explain how this ancient and complex art form developed and can be learned. Since I have been doing marquetry for many years, I was eager to attempt to reproduce some of the NWC designs in wood veneers. In 2015, I completed about a dozen pictures, and, happy with the outcome, I discovered that it is possible to reproduce NWC art designs in the medium of marquetry with dramatic and aesthetically pleasing results.

If one wishes to learn more about NWC art forms and find more designs, I recommend the books by Jim Gilbert and Karin Clark, miami dice casino bonus Medvedevo Learning by Doing Northwest Coast Native Indian Art, and biggest chat in the world Wilton Learning by Designing Pacific Northwest Coast Native Indian Art: Volumes 1 and 2. There are hundreds of designs in these books, any of which are suitable for reproduction in marquetry for personal use. 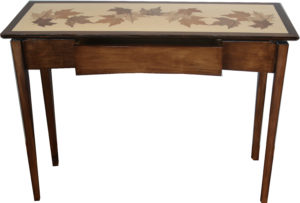